One distinctive contribution Nashville made (and still makes) to the world of choral music, particularly Negro spirituals, is through the long history of the Fisk Jubilee Singers.

A fine early source of information about the group is The Story of the Jubilee Singers; With Their Songs. London: Hodder and Stoughton, 1875.  Authored by J. B. T. Marsh, it went through several editions and printings.  My copy is a second edition (likely a second printing).  Later editions vary and there are a few editions online.  The quote below indicates an intersection of the Stone-Campbell movement with this world-famous group:

“Every member of the company is a professing Christian, one or two having been converted in connection with the religious influences that have be God’s lessing ever attended the work.  The unsectarian feature of the work at Fisk could not, perhaps, be better illustrated than by the fact that the singers represent in their church-membership five different denominations–the Methodist, Baptist, Congregationalist, Presbyterian, and “Christian.”  Whenever the exigencies of hotel life or railway travel do not prevent, family worship is held each morning–a novelty to hotel servants usually, and a season of spiritual refreshment with friends who are occasionally present always refer to afterward with peculiar interest…” p. 89

In particular, the intersection centered on one of the founding group members, Georgia Gordon.  This short notice was published in James T. Haley’s Afro-American Encyclopaedia (1895) p. 222:

Marsh included this longer sketch in his book, pp. 100-101.  later editions shortened and deleted some detail.: 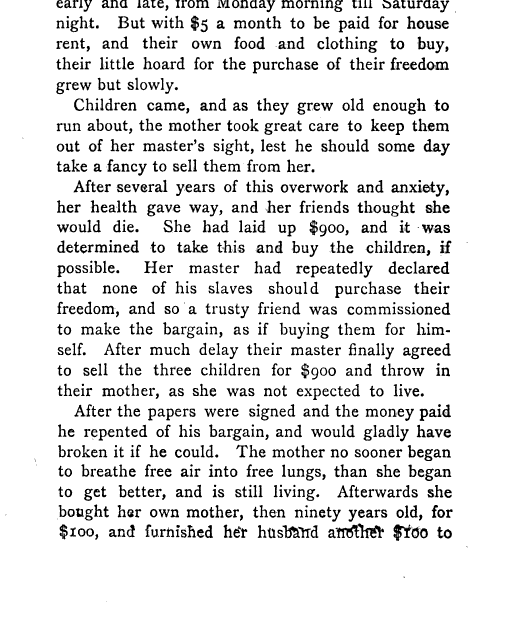 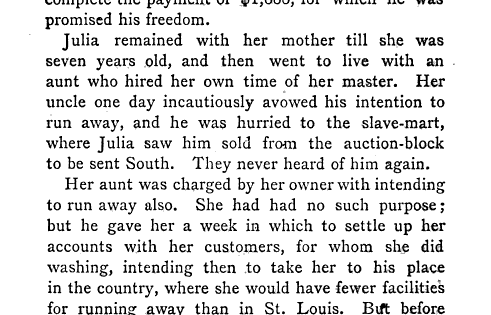 In 1897 James T. Haley produced another book and featured Georgia again.  This sketch appeared on pages 75-76 of Sparkling Gems of Race Knowledge Worth Reading: 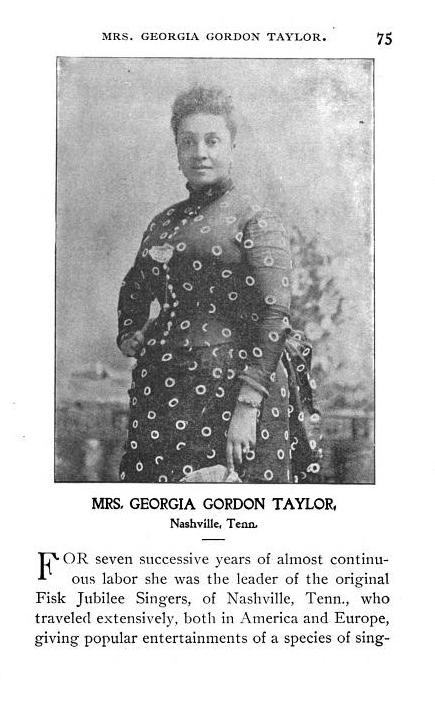 To read more, here are a few links: